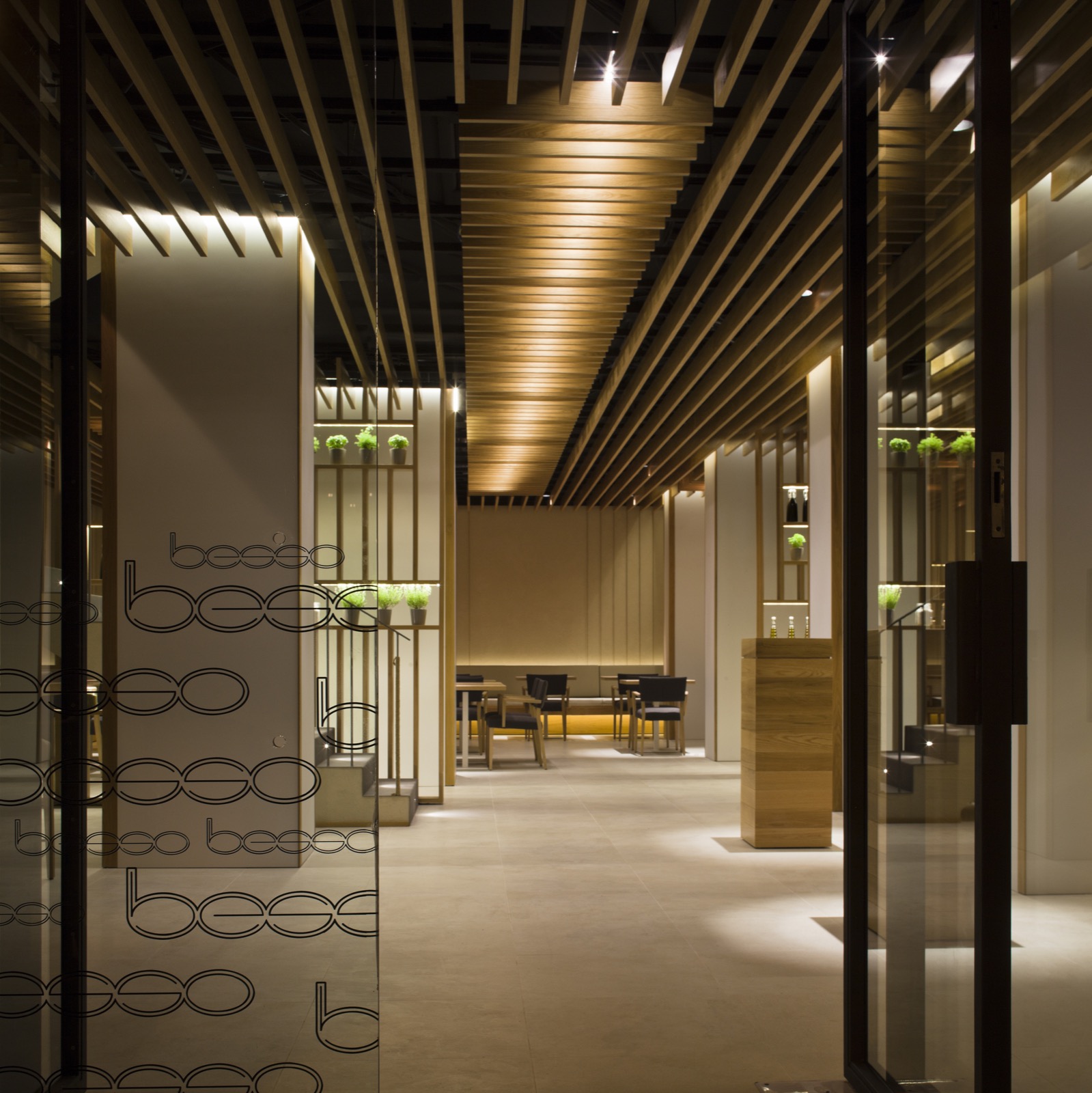 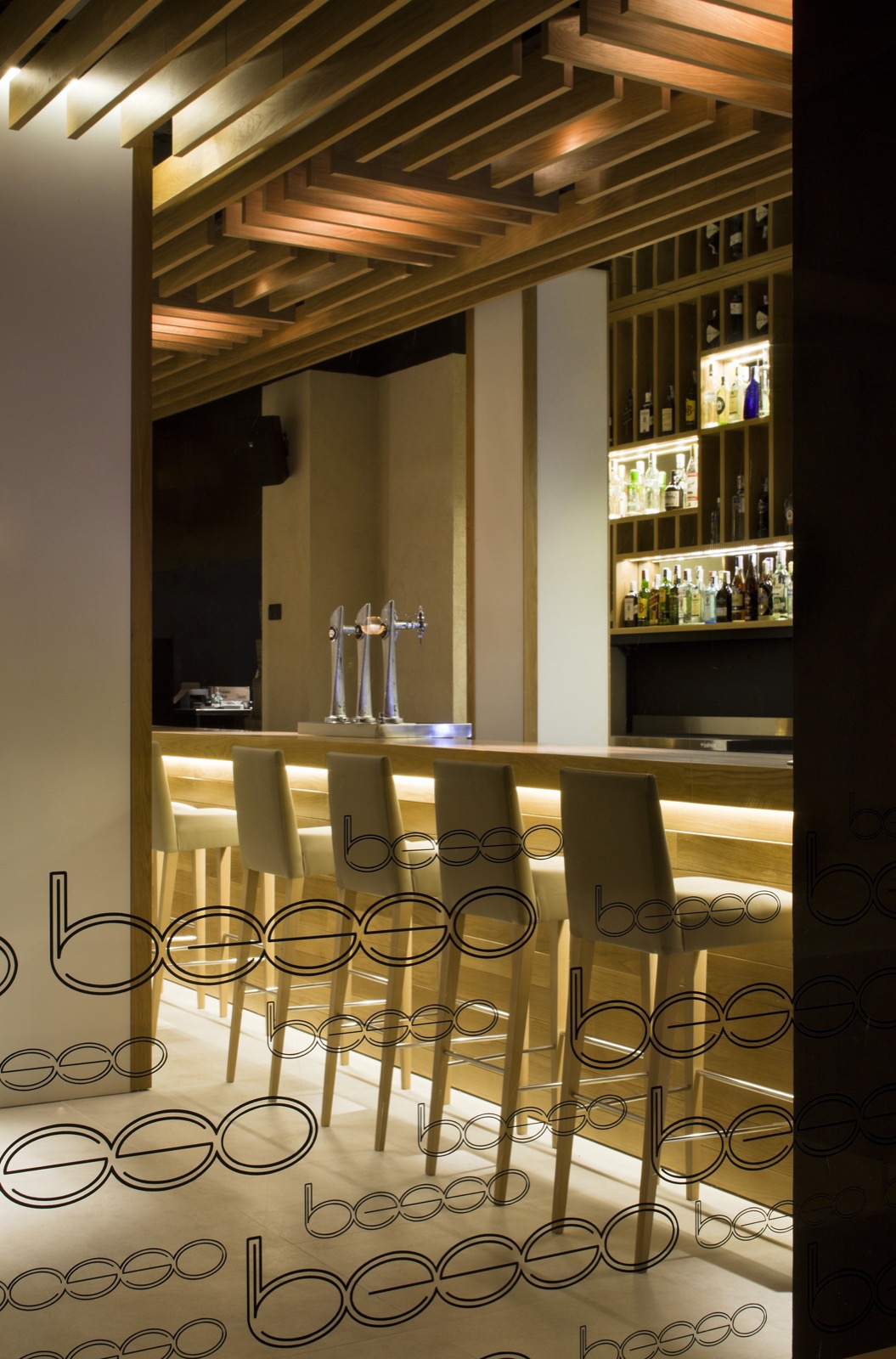 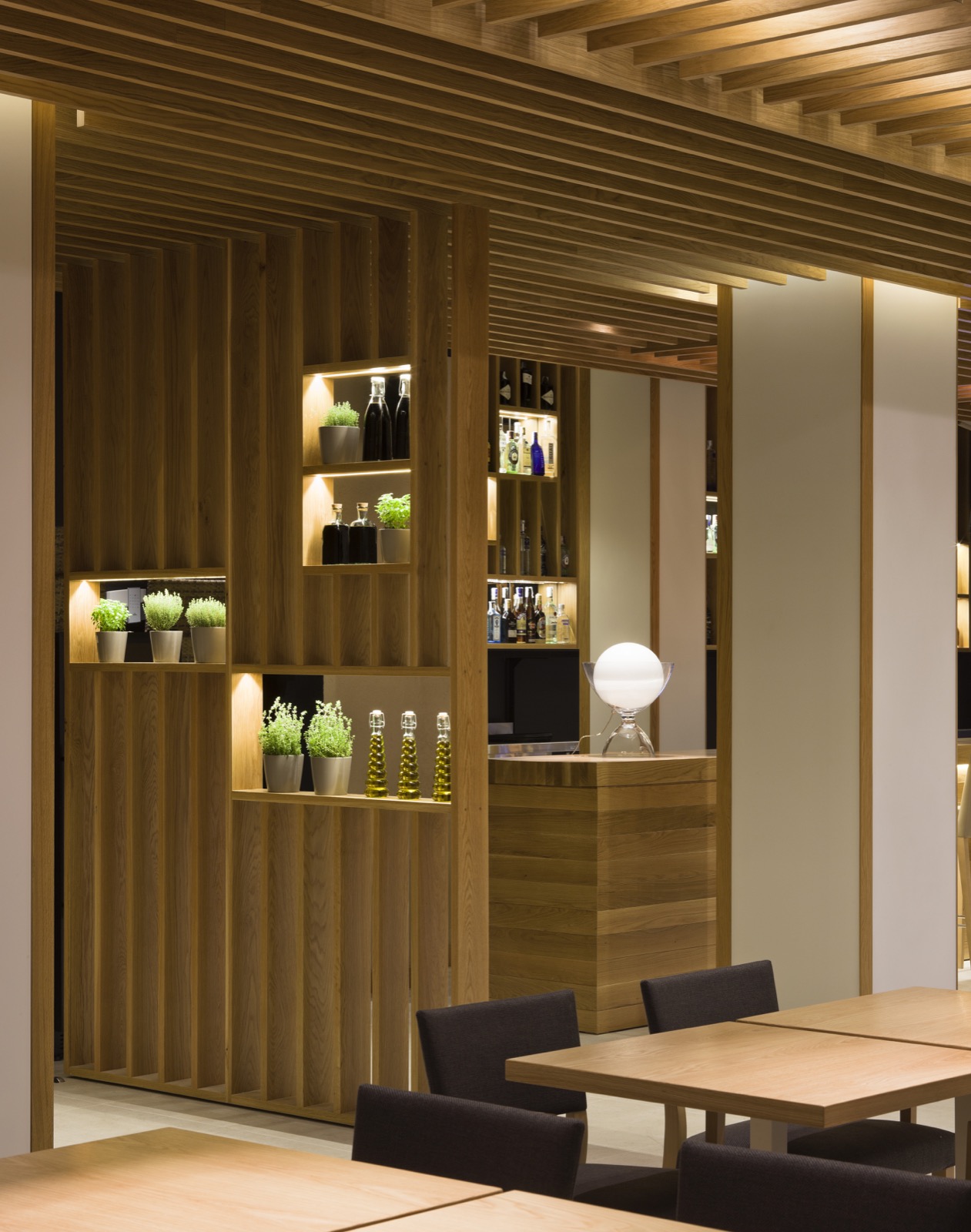 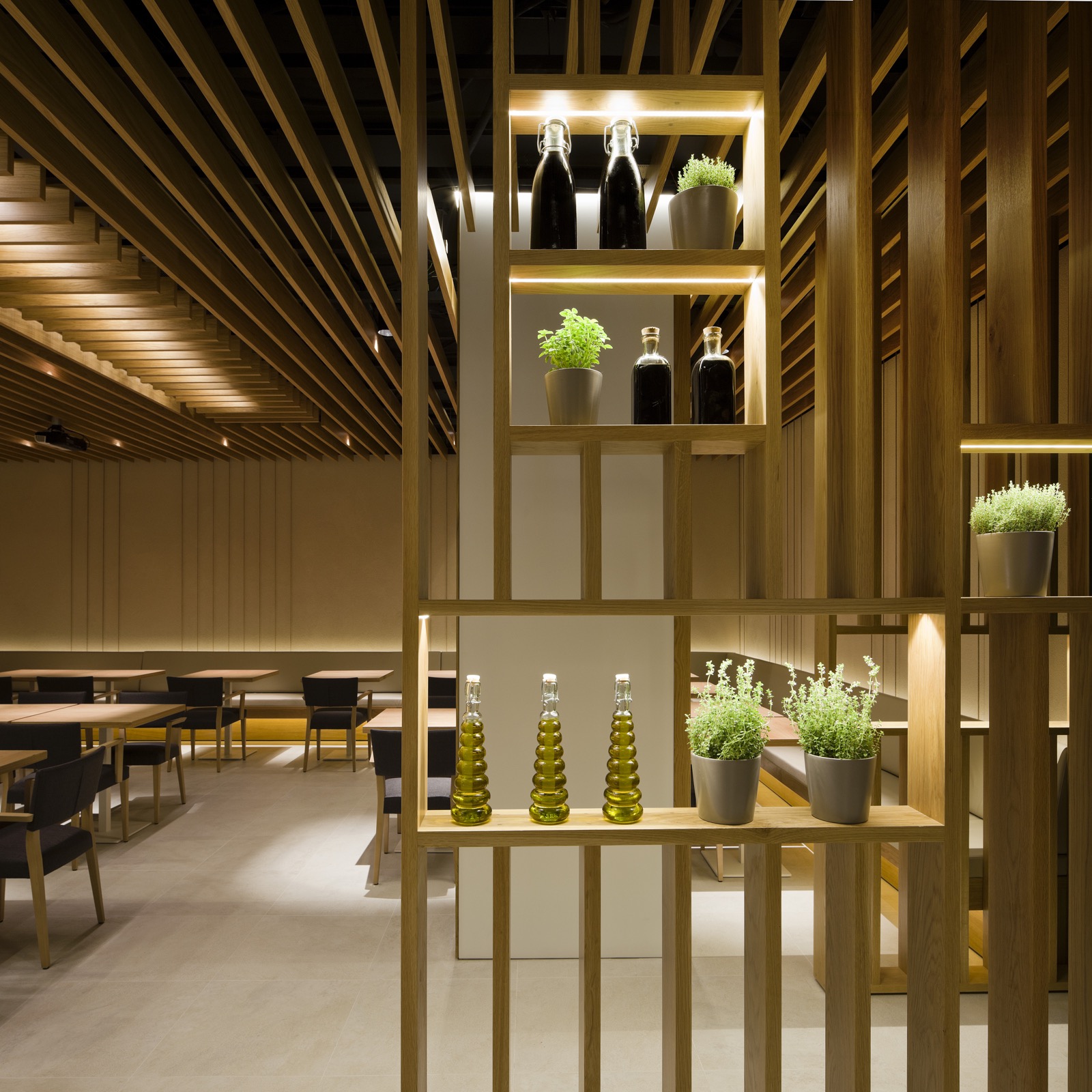 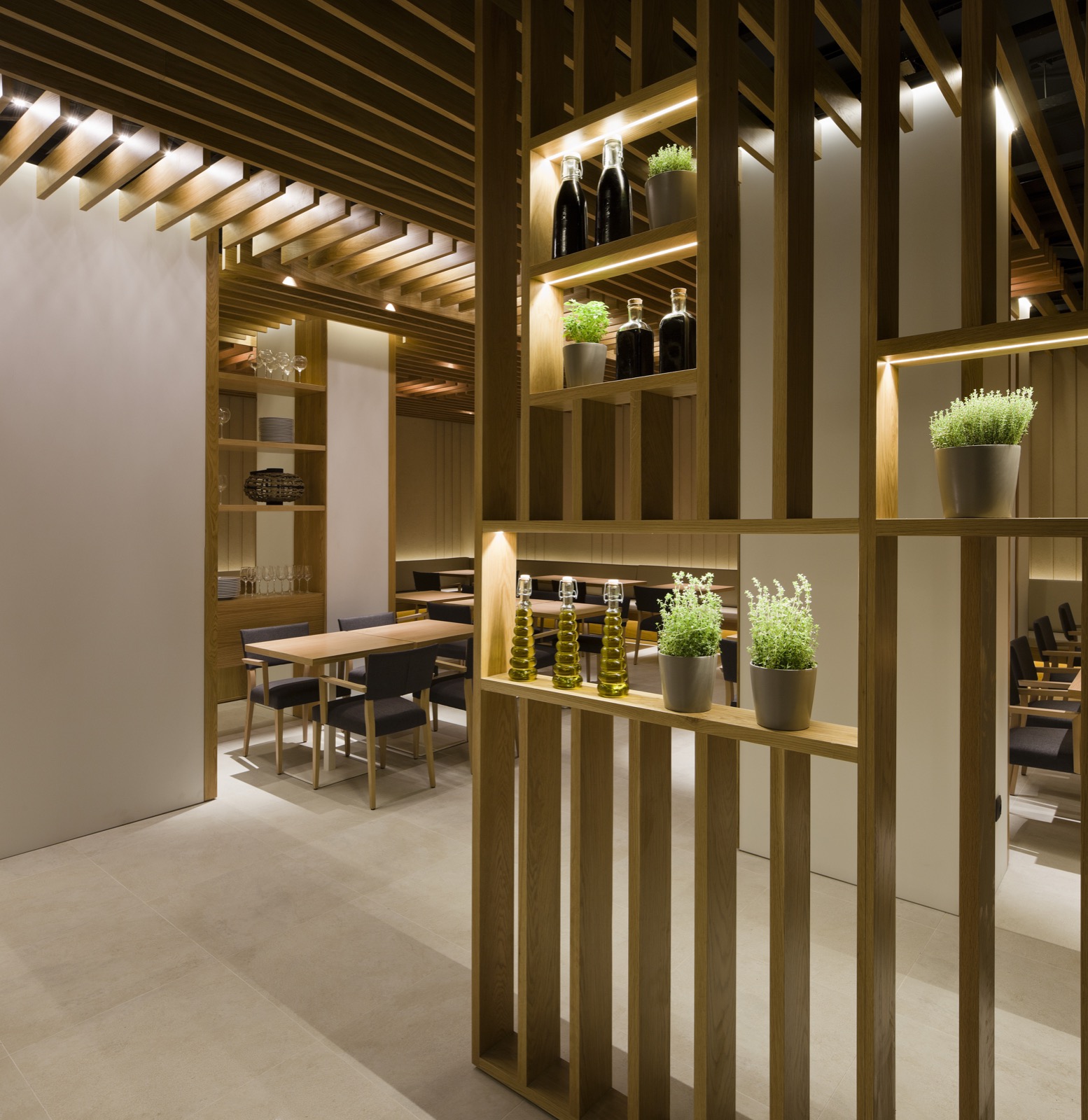 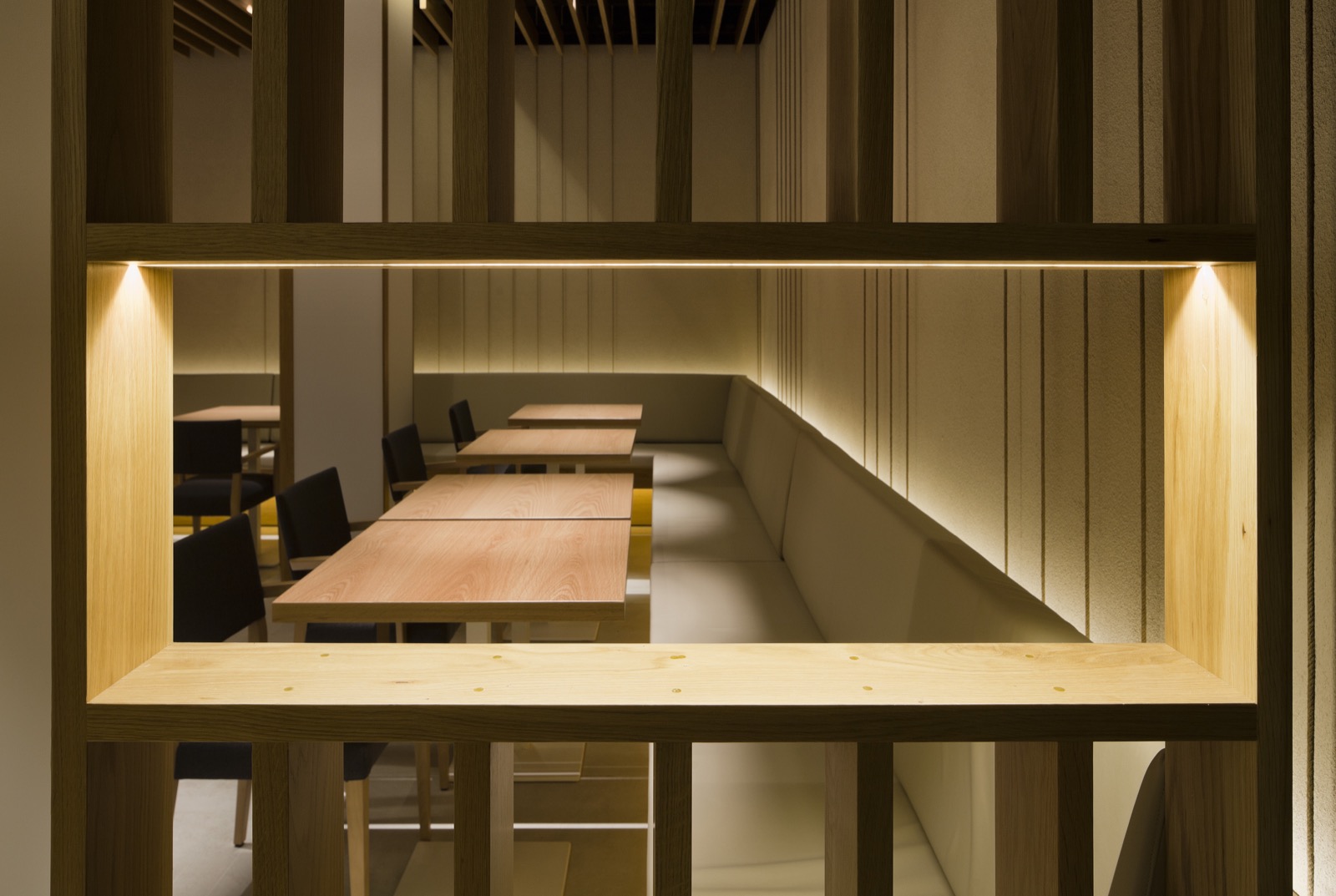 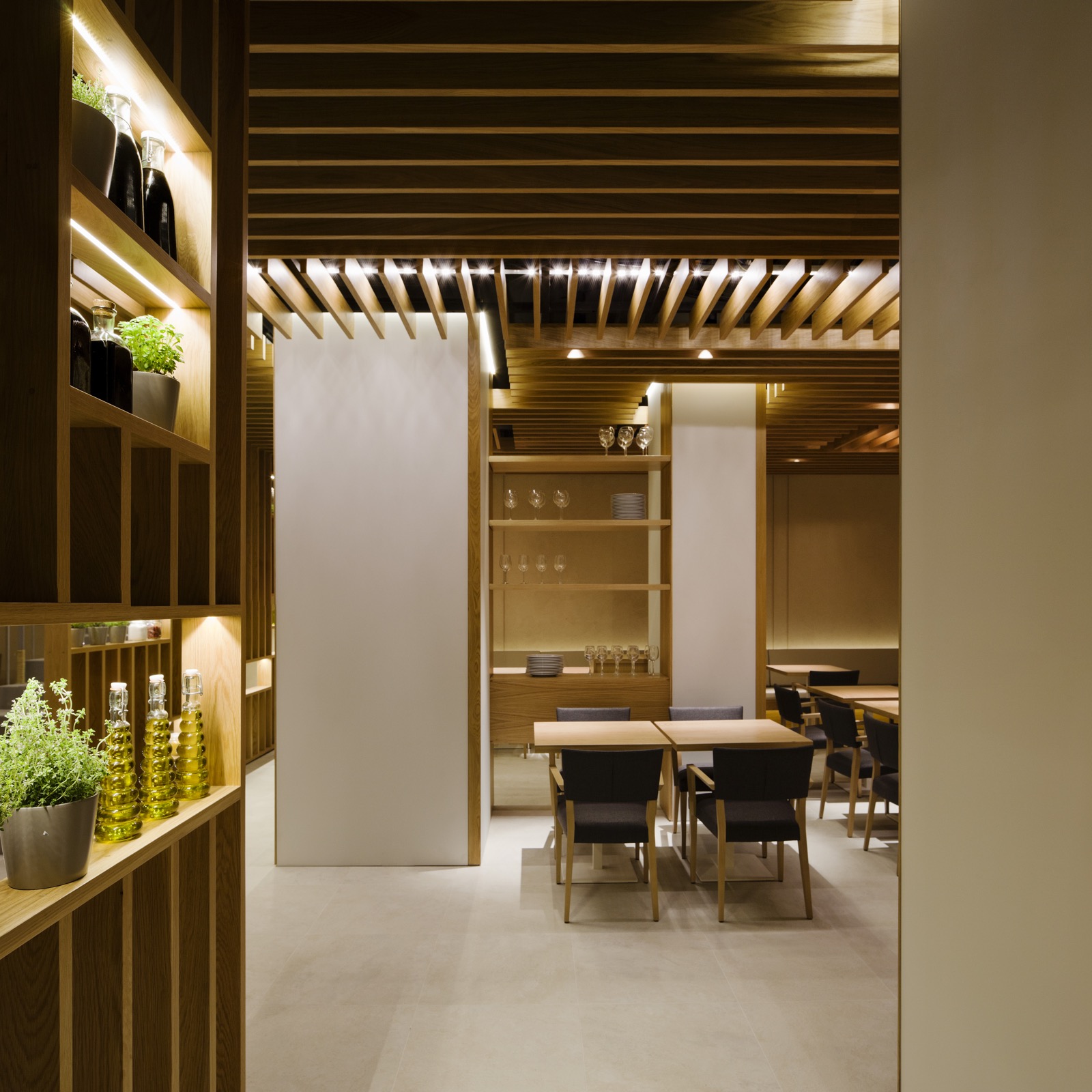 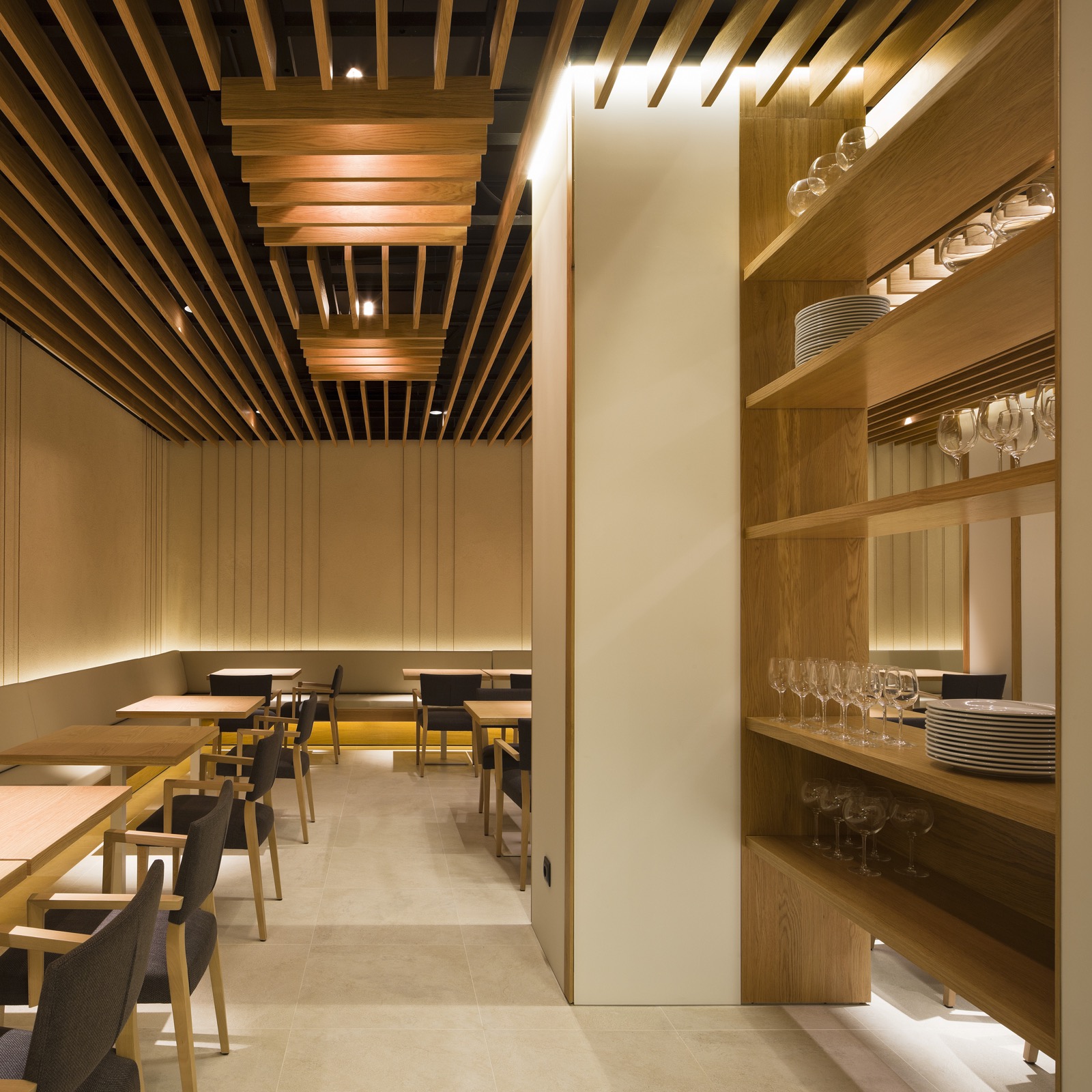 The project reflects about commensal traffic inside the local. Combining the orientation of the slats with a functional lighting, the different local areas are enphasized.

The ceiling is fully coated with oak slats that change their orientation promptly to communicate and lead the customer. It is done by using a diffuse lighting when slats change its orientation, and a punctual one when it doesn’t.

In the game the horizontality and verticality goes from the ceiling to the divide vertical ones. As in the ceiling use the agglomerated oak veneered, the vertical ones are in solid oak. Verticals that play with the light to emphasize the gaps, which serve as shelves.

Local is divided in two areas. The first one is used as a bar, while the second one is the restaurant itself. For the last one is designed a more than 23 meter perimetral bench, which creates an optimal ambience. The tables, containers and other objects, have been designed by our studio.

Next to the esparto ropes of the walls, the resulting aesthetic remembers the floating gateways located in Paseo Marítimo.

The noble materials like white glass and solid oak wood are the real protagonists of the project.